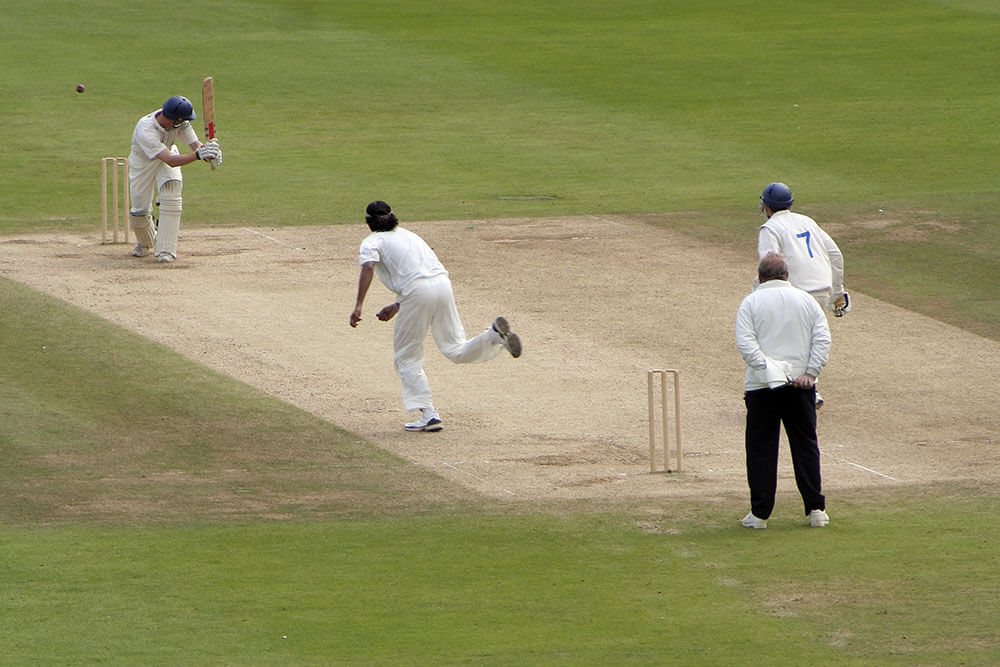 A good start in international cricket can often indicate that a player is destined to become great. This is true about most of the players included in this list of batsmen who have been the quickest to reach 2000 ODI runs. The list contains such batsmen as Hashim Amla, Kevin Pietersen and Vivian Richards who capitalised on their great starts to become stalwarts for their respective national teams.

In this article, we are going to provide you with details about the batsmen who have been the fastest to score 2,000 runs in ODIs. We will give a brief overview of their skills and record, outlining their career ODI stats so you yourself can measure their greatness.

Hashim Amla was a prolific run-scorer in both red-ball and white-ball cricket formats. It took him just 40 innings to reach the mark of 2,000 ODI runs. This brilliant timer of the cricket ball accomplished the feat against India in January 2011 at Port Elizabeth. He made his ODI debut in March 2008 and it took him two years, 218 days to set the record.

Zaheer Abbas was nicknamed ‘Asian Bradman’ for his wonderfully classic batting style which was very pleasing to the eye. He was an important part of the Pakistani batting lineup during his playing days. Zaheer reached the 2,000 ODI-run mark, playing against India at Jaipur in October 1983. It was his 45th ODI innings which took place nine years, 32 days after his debut in August 1974.

South Africa-born Kevin Pietersen was one of the most aggressive batsmen to ever play for England. He scored runs at a quick pace in all three formats to set up many a win for his team. Pietersen reached the landmark of 2,000 ODI runs in his 45th innings in his 51st ODI which was held against the West Indies in April 2007 at Bridgetown. He made his ODI debut in November 2004 and it took him two years, 144 days to achieve the feat.

Pakistan’s Babar Azam has been compared to Virat Kohli for his talent and achievements. This skillful batsman has proved his effectiveness by clobbering three successive hundreds against the Windies. He is a worthy successor to Zaheer Abbas’s mantle of greatness and bids fair to break many records in his career. Babar achieved 2,000 runs in ODIs in the 45th innings during his 47th ODI which was played against Hong Kong in Dubai. He played his first ODI in May 2015 and it took him three years, 108 days to reach 2,000 ODI runs.

England’s Jonathan Trott had a textbook batting style and was effective in both Tests and ODIs. It took him 47 innings to reach 2,000 ODI runs which was in a game played against Australia in July 2012 at Chester-le-Street. Trott reached the mark in two years, 144 days after his debut.

Shai Hope is a talented young West Indian batsman who currently averages over 50 in ODIs. He made his ODI debut in November 2016 and it took him two years, 172 days to score 2,000 ODI runs in his 47th innings in a game against Bangladesh at Dublin in May 2019. Hope thus bettered the legendary Viv Richards’s West Indian record by a single innings.

Sir Viv Richards was one of the most destructive batsmen of all time. His aggressive and fearless batting style won him numerous fans all over the world. He batted without a helmet even against the fastest bowlers. Richards reached the 2,000 ODI runs mark in his 48th innings which was versus India in June 1983 at the Oval. It took him eight years, eight days to achieve the mark after his debut.

Shikhar Dhawan is known to be at his best in top ICC events. He bats belligerently from the start to put the opponents on the back foot right away. Interestingly enough, he is the only Indian on this list. Dhawan achieved the 2,000 ODI runs feat in his 48th innings which was against Sri Lanka in November 2014 at Hyderabad. He made his ODI debut in October 2010 and it took him four years, 20 days to attain the mark.

Ace West Indian opener reached the mark of 2,000 ODI runs in his 49th innings to claim the ninth spot on this list. This game was played against India at Srinagar’s scenic Sher-e-Kashmir ground in October 1983. Greenidge made his ODI debut in June 1975 and it took him eight years, 124 days to reach the mark.

England wicket-keeper-batsman Jonny Bairstow brings up the rear on our list with also 49 innings to score 2,000 ODI runs. He has excelled in all 3 formats. His achievement took place in a match against Sri Lanka held at Dambulla in October 2018. Bairstow made his ODI debut in September 2011 and it took him seven years, 27 days to score 2,000 runs in ODIs.