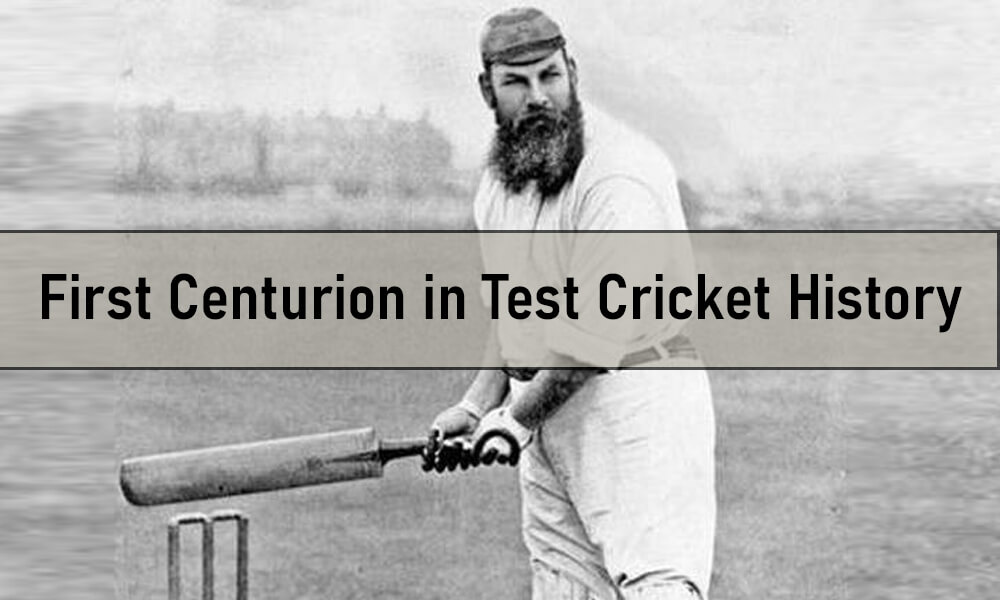 In this article, we look at the first century in Test cricket. It was a feat accomplished by Australian opener Bannerman in the first ever Test match between Australia and England played in Melbourne between March 15 and 19, 1877. The knock helped Australia win the match by 45 runs.

Australia off to Poor Start

Australia batted first and openers Charles Bannerman and Nat Thomson took guard at the wicket. After Thomson lost his wicket with the scoreboard reading 2 for 1, wickets fell at regular intervals. The home side were soon reduced to 41 for 3, when Bransby Cooper and Bannerman got together in a 77-run partnership. Cooper’s contribution to the stand was just 15. Once that partnership ended, a few more wickets fell, to reduce Australia to 143 for 6.

However, Bannerman was still at the crease, and the opening batsman got together with Jack Blackham in a seventh wicket stand of 54. Unfortunately, for Australia and Bannerman, the opener had to retire hurt with the scorecard reading 240/7. Bannerman made an unbeaten 165, the first Test century in the history of cricket. After his departure, the innings folded, and Australia were all out for 245. For England, Alfred Shaw and James Southern took 3 wickets each.

In reply, England scored 196, handing Australia a useful first-innings lead of 49. Billy Midwinter took five wickets for Australia. In their second knock, Australia fared badly to get bowled out for 104, in which Bannerman himself contributed only 4 runs. Once again, Alfred Shaw was England’s most successful bowler, taking 5/38.

Set 154 to win the match, England were themselves all out for 108, rendering Australia the winners of the first ever Test match by 45 runs. Australian new ball bowler Tom Kendall took 7/55 to hasten England’s demise.

Bannerman’s Short Stay in the Limelight

Bannerman’s innings of 165 containing 18 fours was the only substantial score by a batter in the match. To put things in perspective, the next highest score in the Australian first innings was 18 by Tom Garrett who remained not out.  In fact, Bannerman’s 67.34% share of the innings total remains a world record for the highest share of runs by a batsman in a completed Test innings. Bannerman ended up playing only three Test matches before retiring from Test cricket in 1879. He made 239 runs at 59.75, with a solitary 50-plus knock.