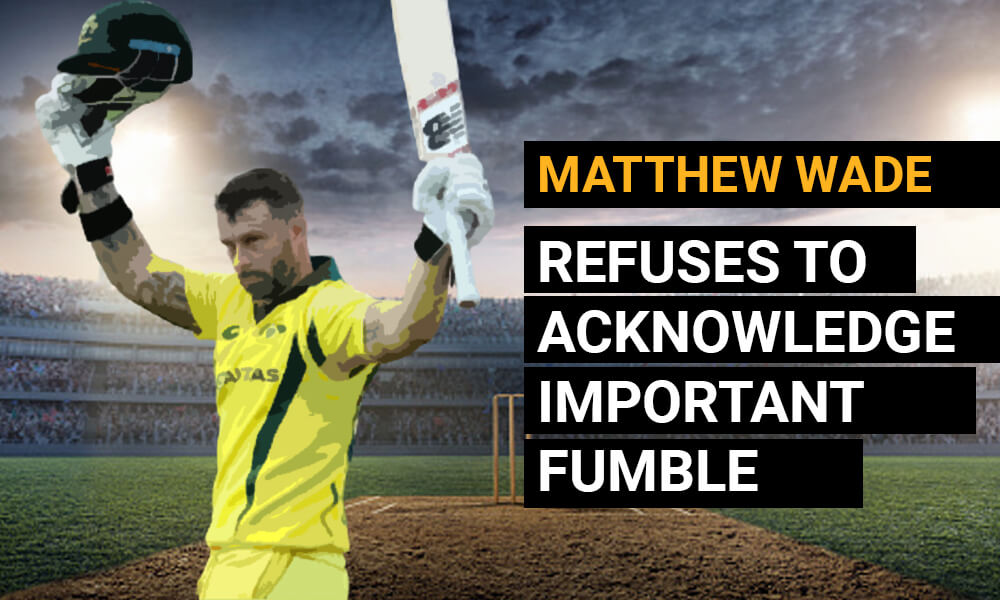 Most of the world is intent on seeing Hasan Ali’s dropped catch as the defining moment of the ICC Men’s T20 World Cup 2021 semifinal match between Australia and Pakistan. However, Aussie wicket-keeper Matthew Wade, whose catch it was that Ali dropped and who went on to hit three consecutive sixes to take Australia all the way, felt that it wouldn’t have mattered anyway.

It was the second thrilling match in as many days as Australia took on Pakistan to beat them by 5 wickets, with the match coming a day after New Zealand had pulled off a similar triumph against England. Australia’s target of 177 eventually ended up being the highest successful chase in the tournament.

Although David Warner’s 30-ball 41 set the stage, Wade’s incredible 41 off 17 was what catapulted Australia from a precarious position to victory with an over to spare. What made that one dropped catch such a big issue was the fact that it enabled the Baggy Greens to go from needing 20 off 10 to being done within the running over.

Asked about the catch post-match, Wade said that he wasn’t sure it made as big an impact, as he felt that the match was more in the favour of his team by that point.

He further explained that with Pat Cummins next in line and Marcus Stoinis still going strong, Australia would have been home dry either way. He also quipped that he didn’t think the dropped catch was responsible for the outcome of the match.

Wade said that if the opportunity for Pakistan had come a few overs earlier, things may have been different, but by the time it transpired, it was too late.

On the other hand, Pakistan captain Babar Azam seemed to think differently as he singled out the incident as what decided the game, saying that things could have gone differently had the catch been taken.

Wade mentioned the over where Stoinis had gone on the aggressive against Haris Rauf as being the phase of play that had turned the match around, as it had given the batters in the middle hope and momentum.

Pakistan were also guilty of missing no fewer than three potential run-outs, but the Australian veteran preferred to speak of the positivity of his team rather than credit the opposition’s mistakes.

Wade was also asked whether his experience had helped him, to which the 33-year-old replied in the affirmative. He said that despite the loss of several wickets early on, no one in the Aussie camp had been particularly worried.

He added that because of his teammates’ experience, there was an atmosphere of confidence within the squad. Even when Australia were bowling, although the roar of the supporters suggested that Pakistan were dominant, it actually wasn’t as bad from the Australian perspective.

Australia went on to win their first-ever T20 World Cup after beating New Zealand convincingly in the final, and currently await England for the 2021/22 Ashes.

Pakistan have since gone to Bangladesh for a T20 series and two Tests, and at the time of writing, they have already won the former.

For more updates from the cricketing world, stay with cric-life.com