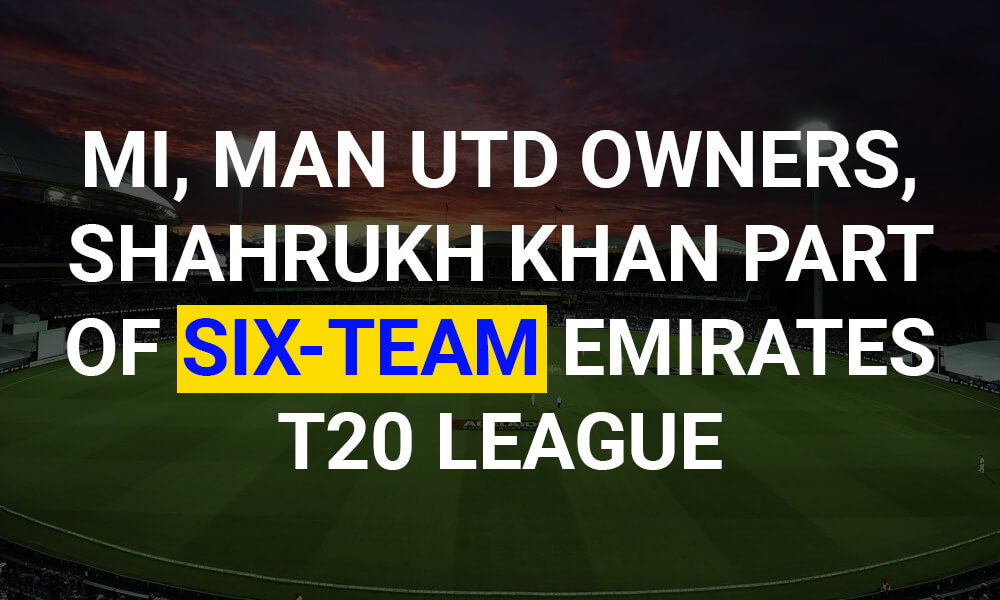 The Glazer family, the owner of the Manchester United football club, might fall short of a couple of thousand crores in the attempt to purchase an IPL (Indian Premier League) franchise last month. However, this is not going to stop them from entering the cricket world.

This six-franchise cricket league is the brainchild of the former IPL COO, Sundar Raman. The Emirates Cricket Board (ECB) is now running the league, along with the support of Sheikh Al Nahyan, the head of the UAE Ministry of Culture, Youth and Social Development. The league has been in the making for a few years now. It will ultimately become a reality tentatively in January 2022.

According to cric-life.com, the Emirates Cricket Board is going to fix a broadcaster really soon. Though the media rights tender of the IPL is about to come out pretty soon, the interest in the Emirates League is rising. January is a good time for playing cricket in the UAE. This is a destination that caters to several time zones, particularly in the west. The time will suit the Indian subcontinent pretty well, as we have noted during the recent T20 Cricket World Cup and the last two Indian Premier League seasons that took place there.

Raman started working on this new league two years back. Multiple IPL owners (the big three – KKR, CSK, and MI) and the business model supporting it took interest initially. CSK chose to opt out when things changed and the ECB took the responsibility. However, Mumbai Indians offering their consent was a major shot in the arm for the league organisers, as per trusted sources.

The fact that the Glazer family is interested in the league, after the recent bidding attempt at being the owners of an IPL franchise, indicates their growing focus on cricket. It indicates that the sport that has been dominating India in terms of grabbing eyeballs and generating profits is going to hit the US markets soon enough.

In the meantime, Capri Global, the financial services company, offered their bids for an IPL franchise during a recent audition. They are also said to be actively interested in the T20 landscape of the sport. Grandhi, the co-owner of Delhi Capitals, is said to be making the investment from an individual perspective. The other co-owner of the franchise is not going to be a part of the league.

The first part of the Champions League, Sydney Sixers, was conceived by the former IPL commissioner Lalit Modi way back in 2008-09. Now, SRK has always considered Dubai as his second home. Brand SRK has been synonymous with Dubai for a long time, and naturally, it only makes sense that his franchise participates in the league.

The exciting ‘desert league’ is going to have a unique business model where the franchises are going to invest annually and work on gaining major returns through sponsorships and broadcast. Though there is no word yet on if the BCCI – which has a good working relationship with the Emirates Cricket Board – will let the Indian players participate, the organisers of the league expect players from around the world to show interest. Only time will tell which players end up participating in the new league.