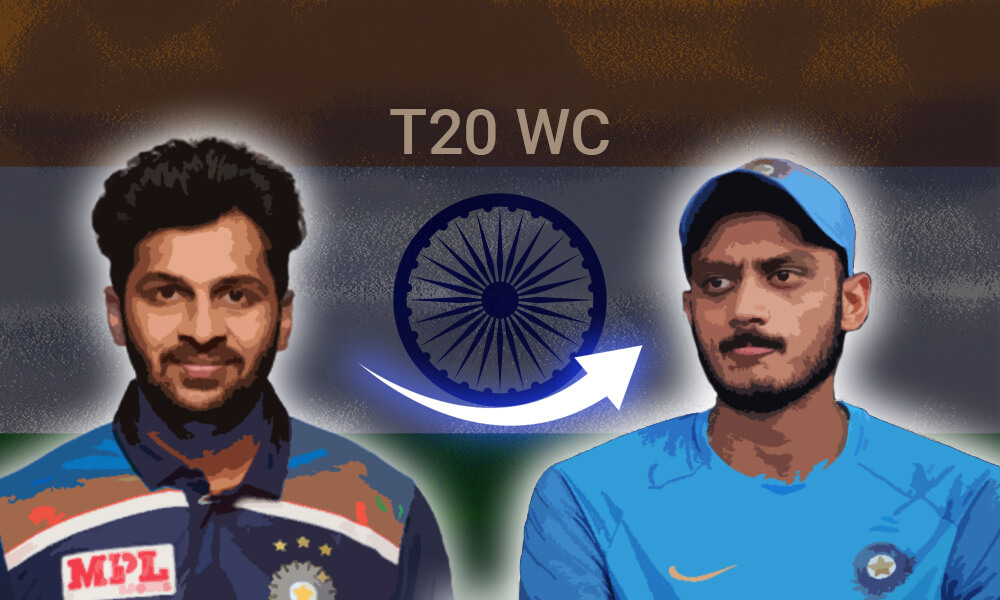 At the same time, Patel has got a place on the list of standby players for the Men in Blue along with Deepak Chahar and Shreyas Iyer. Thakur’s coming into the 15-man squad is the only change made by the BCCI.

Reason Behind Thakur’s Inclusion Into The Squad

Being one of the critical players of Chennai Super Kings, Shardul Thakur has performed exceptionally well in the recently concluded IPL. The decision of Thakur replacing Patel at the T20 Cricket World Cup was not injury-enforced but made after a proper discussion with the Indian team management and All-India Selection Committee.

A reasonable explanation for Shardul’s inclusion into the 15-man squad was because of Hardik Pandya. Even though Pandya looks fit for the upcoming T20 matches, there is uncertainty whether he will be able to bowl as he has just recovered from an injury.

Thakur Will Serve As An Excellent Addition To The Team

The Chennai Super Kings all-rounder played extremely well during the IPL and also contributed heavily to help his team win the 2021 title. There is no doubt that he will surely help the Men in Blue during the T20 World Cup games with these unique bowling skills.

Shardul played his last 22 T20Is against England in Ahmedabad this year and emerged one of the all-round options for India across all formats of the sport. After his performance at The Oval, he also received plenty of recognition after he scored twin 50s that helped India gain victory.

Players Selected For The Team Bubble

All eyes will be on Shardul Thakur during the T20 World Cup, and fans are waiting to see how he will perform. India is locking horns with arch-rivals Pakistan on October 24th, 2021, in Dubai at 7:30 pm Indian time. For more information, please visit https://www.cric-life.com.