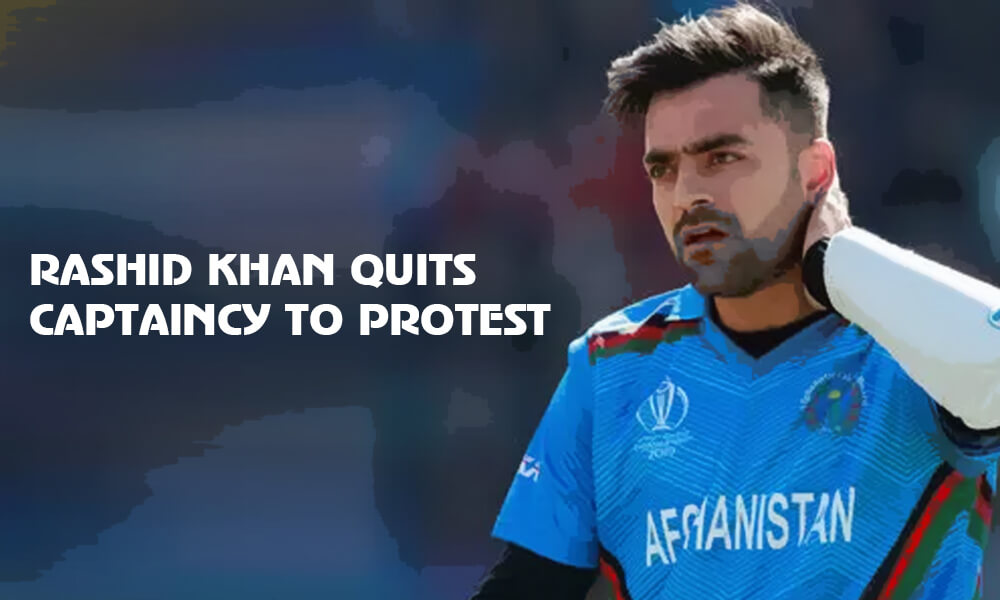 Rashid Khan has relinquished the captaincy of the Afghanistan senior men’s cricket squad. The leg spinner announced the decision to quit after the ACB had listed the national squad to play in the ICC T20 World Cup scheduled to be held in Oman and the UAE in October-November 2021.

“The selection committee and ACB (Afghanistan Cricket Board) have not taken my consent for the team announced by ACB media. As the captain and the person responsible for the nation, I reserve the right to be a part of the team selection. I am deciding to step down from the role of captain of the Afghanistan T20 team with immediate effect.”

Khan posted his tweet immediately after the announcement of the 18-man squad and two backup players by the ACB. The 22-year-old all-rounder did not reveal which selections he disagreed with.

The 18-member squad named by the board also includes Najibullah Zabran who was named vice-captain. Injury-prone paceman Hamid Hassan has been named in the squad along with the veterans, wicket-keeper Md Shahzad and Shapoor Zadran. Rashid Khan has also been named in the squad, alongside other all-rounders, Sharafuddin Ashraf and Mohammad Nabi.

Khan announced his resignation from the captaincy less than 24 hours after Afghanistan’s Taliban government received a warning from Cricket Australia that the one-off Test between Afghanistan and Australia scheduled to be played in Hobart in November 2021 would be cancelled if the Afghanistan government persisted in its policy of banning women from taking part in cricket or other sports events.

Afghanistan Drawn in Group B in World Cup

The T20 World Cup will be held in Oman and the UAE from 17 October to14 November. Placed in Group B, Afghanistan are scheduled to play their first game of the World Cup on 25 October versus one of the two qualifiers. Pakistan, India and New Zealand are other teams placed in group B which also includes two qualifiers, Papua New Guinea and Scotland.