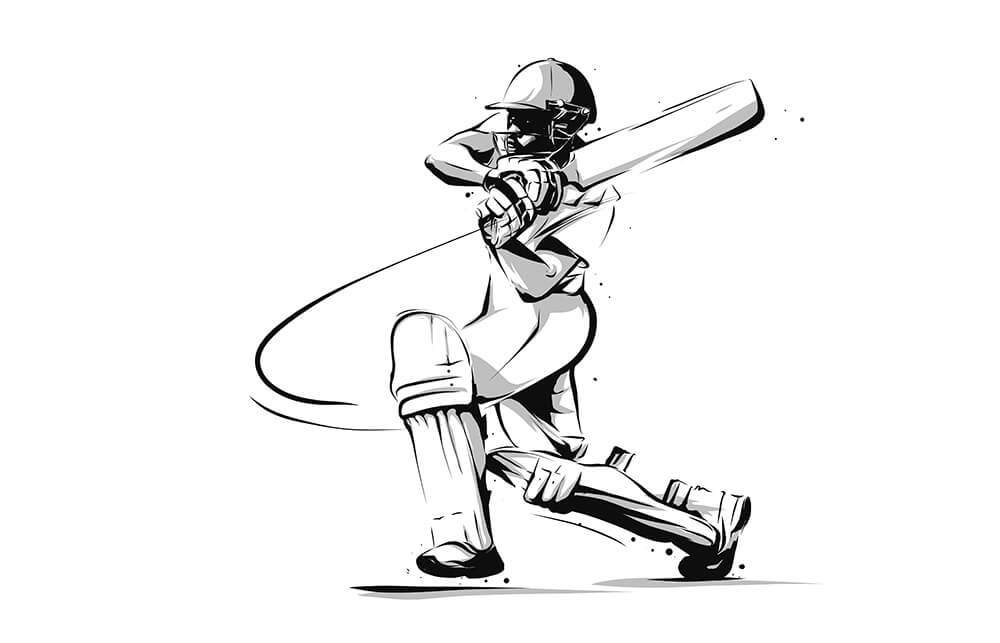 If you are a true cricket fan, you always want high-scoring games. Recent ODI games are a clear reflection of that. Many top and middle-order batsmen have changed their batting style to score more and score fast. In this article, we are going to talk about the top 10 batsmen to reach 7000 runs in ODI in the minimum number of innings.

The list contains players from only four countries – India, South Africa, the West Indies and New Zealand. Despite England’s and Australia’s great cricketing history, no Aussie or English player is included in the list. The list is dominated by India with 4 batsmen followed by South Africa with 3 batsmen. The West Indies have 2, whereas New Zealand makes the cut with 1 batsman. The list starts with modern-day greats like Hashim Amla, Virat Kohli and AB de Villiers and ends with the all-time highest run-getter in ODIs, Sachin Tendulkar. Desmond Haynes is a very special participant as the 1970s and 1980s are not recognised for fast or very consistent scoring.

Indian run-machine of all formats Virat Kohli was the second-fastest to reach 7000 runs. Kohli scored his 7000th run in the 161st inning against Australia in Melbourne on 17 January 2016. It took him 7 years and 152 days to reach the milestone and became the fastest to score 7000 runs in ODIs based on timespan. He scored his 24th century in that game, however, in a losing cause. His average was 50.36, much lower than his current average of 59.33. In the rest of his career as a top-order batsman, Kohli has scored 4867 runs in 78 innings with 19 centuries at an average of 62.39.

With Kohli’s current form, it won’t be a surprise to see him get 18426 runs, a magic figure set by Indian Legend Sachin Tendulkar. Although, it would need Virat Kohli to maintain the scoring rate and form throughout the rest of his career.

Another South African and the then teammate of Hashim Amla, AB de Villiers, completed 7000 runs in 166 innings of 172 matches. In a game against Australia held in Perth in November 2004, he scored 80 runs off 76 balls. His career bloomed a little late after playing 30 innings when he scored 4 half-centuries in 5 ODIs to catch the world’s attention. Looking at AB de Villiers’s 51.09 average at the time of him scoring 7000 runs, the cricket fans predicted growth in his numbers by the time of his retirement.

Sourav Ganguly was the second Indian and one of the only two left-handed batsmen to achieve this feat. It took him 174 innings of 180 matches to score 7000 runs. In a game against Kenya at Boland Park, Ganguly scored 111 runs in 124 balls to form a 258-run opening partnership with his partner Sachin Tendulkar. He played 311 ODIs for India and scored 11363 runs in 300 innings at an average of 41.02 with 22 centuries.

Ganguly kept the record to himself for 11 years and 20 days before being overperformed by AB de Villiers.

Rohit Sharma is the only player with 3 double-centuries in ODIs including the highest score of 264. Opening the batting for India since Champions Trophy 2013 has proved wonderful for Rohit Sharma.

Desmond Haynes, another Caribbean from Barbados, was the West Indies opener from 1978 to 1994. Haynes reached the 7000 mark in his 187th innings. He was the first cricketer in the world to score 7000 ODI runs. On 14 December 1991, in a game of Benson & Hedges World Series against India, Haynes opened the innings with Philo Wallace to score 89 runs in 116 balls. India won the game by 10 runs. He was averaging 42.94 at that time with 16 centuries.

He retired from world cricket in 1994 after scoring 8648 runs in 238 matches at an average of 41.37. He was the only cricketer to score a century in his debut and last game.

Jacques Kallis, a classy, elegant and legendary South African all-rounder, is the next of the fastest batsmen to score 7000 runs. Having started as a lower-order all-rounder in 1996, Kallis claimed the top-order spot after a series of match-winning performances in 1998. Kallis achieved the milestone in his 188th innings against Sri Lanka in 2004. He scored 74 runs in 85 balls before getting caught and bowled by Upul Chandana. Unfortunately, South Africa lost the game by 3 wickets. Kallis was averaging at 45.75 while scoring 7000 runs. He maintained this average until his retirement.

Ross Taylor is the only Kiwi to be included in the list. Taylor, a right-handed top-order batsman, reached 7000 runs in his 188th innings against England in 2018. He scored his 17th century to help New Zealand win the match by 3 wickets and 4 balls to spare. He scored 7000 runs at an average of 44.87 which he improved after. In his next 28 innings played so far, he has scored 1574 runs at an average of 74.95.

The last but definitely not the least batsman on the list needs no introduction. Having started his career as a middle-order batsman, Sachin Tendulkar moved to the opening slot in his 70th innings. This change in the batting order proved a stepping stone to new achievements for Tendulkar who went on to score 5242 runs in his next 119 innings to reach the 7000 runs milestone in 189th innings against Sri Lanka in the 1998 Singer-Akai Nidhas Trophy final. He scored 128 runs from 131 balls in India’s 6-run win against the host to lift the trophy. It took him 8 years and 201 days to score 7000 runs. He shares the record with his teammate Mahendra Singh Dhoni and West Indian opener Chris Gayle.

Since the introduction of T20, the players have been adopting the explosive batting in ODIs. This is why the recent ODIs are turning out to be high-scoring. It won’t be a surprise to see new names like Babar Azam or Shai Hope on this list in the nearest future.