Most Centuries in ODI: Batsmen with the highest number of Hundreds 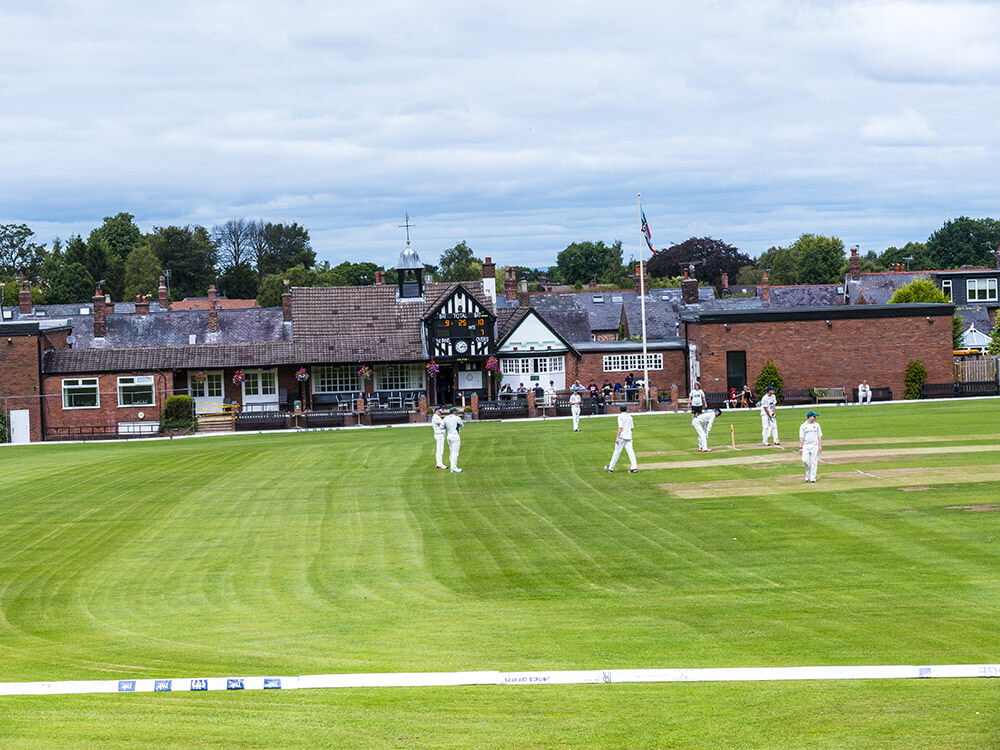 Cricket is a game of stats. Runs and wickets are its primary currencies. The number of centuries scored is considered a good data point when it comes to ranking batsmen on their scoring abilities. The players who can convert the starts into big scores are considered to be the match winners.

TOP-10 Batsmen with most centuries in ODI Cricket

We have presented a list of batsmen with most international centuries in One Day International (ODI) Cricket. Although the list is supposed to include top-10 century makers, it contains 11 players since Sourav Ganguly and Dilshan have equal 22 centuries each.

The best of the best are as follows:

The list covers players from Sachin Tendulkar and Sanath Jayasuriya – who debuted back in 1989 – to players of modern times such as Virat Kohli and Rohit Sharma. The list is heavy on subcontinental cricketers with 7 players from India (4) and Sri Lanka (3). Other countries such as Australia (1), South Africa (2), and the West Indies (1) are present as well.

Let’s take a brief look at all these giants starting with the Little Master – Sachin Tendulkar.

One name is omnipresent when it comes to batting records – Sachin Tendulkar. He is arguably the best ODI batsman ever. He is the only cricketer to have 100 International centuries – 49 of them are in ODIs. He is also the first player to score 200 runs in a single ODI innings.

Sachin Tendulkar played 463 ODIs – the most by a single player – in his 24-year long career to score 49 hundreds. Only 20 of 49 hundreds came at home while the remaining 29 hundreds were scored away or on neutral territories. Most of his centuries were scored against Australia – 9 centuries – followed by Sri Lanka – 8 centuries.

Tendulkar’s highest score of 200 came against South Africa in Gwalior in 2010. He played six ODI World Cups, which is the biggest number ever achieved, and he is a joint holder of a record for the most number of centuries – 6 centuries – in ODI World Cups.

Virat Kohli, affectionately called the King, is an Indian cricketer who captains India in all formats of the game. He is a top-order batsman and a master of chasing down the targets. He has the second biggest number of hundreds in ODIs with 43 centuries.

Virat, in just a 12-year long career so far, has scored more centuries than Ricky Pointing (third one on the list) whose career span was 17 years. Virat Kohli has the lowest innings per century among the top century makers of the world. He scores a century every 6 innings in ODIs.

Virat currently averages close to 60 which is the highest among the top century makers and that too at a strike rate of over 93. Most of his centuries are against West Indies (9) followed by Australia (8) and Sri Lanka (8).

Ricky Ponting, the Australian great, takes the third place in terms of ODI centuries. Throughout a 17-year-long career, he has scored 30 centuries at an average of 42. He batted at number 3 in most of the matches played and was a member and captain of the all-time great Australian cricket team. Ricky Ponting scored 22 of his 30 centuries as a captain.

He has always liked setting big scores for an opposed team which is reflected in the fact that his 22 centuries have come while batting first. Ponting has scored 13 centuries at home and the remaining 17 in away or neutral conditions.

Rohit Sharma ranks fourth among the top century makers in ODIs. He has 29 centuries to his name – three of those are colossal double centuries – a couple against Sri Lanka and another one against Australia. The innings of 264 against Sri Lanka is the highest score in ODI cricket.

Although Rohit Sharma started his career in 2007, he came into the limelight only in 2013 when he became a permanent opener of the Indian ODI team. Until 2013, Rohit Sharma scored just 2 centuries at a paltry average of around 30. Since 2013, he has scored 27 hundreds at an average of about 60 in just 138 matches. That is a century almost every 5 innings. Even better than Kohli.

Despite playing in just a couple of World Cups – 2015 and 2019 – Rohit Sharma equaled Tendulkar, who played 6 of them, with 6 hundreds. In the 2019 World Cup alone he scored 5 centuries – the most ever scored by anyone in a single edition.

It would not be an overstatement to say that Sanath Jayasuriya revolutionised ODI cricket in the mid-1990s. He was an explosive player who exploited the fielding restrictions in the first 15 overs. He ranks fifth in the list of best ODI century makers with 28 centuries to his name.

Sanath Jayasuriya played the third-most number of ODIs (445 ODIs) in a career that spanned 22 years. He was a bowler who could bat down the order in the early years of his career. In 1993 he started opening and, and like Rohit Sharma, his career of a great batsman took off.

Hashim Amla, the South African batsman, scored 27 centuries in his relatively short career in ODI cricket. Despite playing just 181 ODIs he ranks 6th among the top century makers in ODIs.

Hashim Amla has scored a century about every 7 innings. His conversion rate is second with Kohli being the first.  He reached the 25-hundred milestone in ODIs in just 151 innings compared to Kohli’s 162 innings. At that point, he was ahead of Kohli in conversion rate but a lapse in form affected his stats a bit.

AB de Villiers is one of the most celebrated and revered players in the modern era. He also ranks 7th with 25 hundreds in a relatively short career of 228 matches. He scored all these centuries with an average of above 54, second only to Kohli on this list, and a strike rate of over 100. He had a conversion rate of a century about every 9 innings.

AB de Villiers holds the record for the fastest ODI hundred in just 31 deliveries against West Indies scored in January 2015. Later the same year, in the ODI World Cup, he scored the fastest 150 in just 64 deliveries. In all, Ab de Villiers has 4 World Cup centuries to his name.

Chris Gayle is one of the most explosive batsmen in the game of cricket. West Indian cricketer, he was opening for his country in ODI cricket. Throughout his career, he has scored 25 centuries, similar to the numbers of Kumar Sangakarra and AB de Villiers. It took him more innings than De Villiers and fewer innings than Sangakkara.

In a career spanning 20 years since 1999, Chris Gayle has scored more than 10 thousand runs at a strike rate of close to 90 which doesn’t give a real picture of his exploits at the crease. He enjoyed playing away from home, scoring 18 of  25 centuries in away or neutral conditions. He scored only 4 centuries as captain of the team.

Chris Gale has an almost equal number of centuries batting first (13) and batting second (12). Most of his centuries came against India and England – 4 against each – followed by 3 against Pakistan, South Africa, and Zimbabwe. Chris Gayle has a couple of centuries to his name in the ICC ODI Worlds Cups.

Legendary Sri Lankan batsman Kumar Sangakkara ranks 7th on the list of top century makers in ODIs with 25 centuries in 404 matches (380 Innings). He has served in various positions for the Sri Lankan team such as captain and wicketkeeper but run-scoring has always been his primary responsibility.

Sourav Ganguly gets the credit for starting a whole new era in Indian cricket as a captain in the early 2000s. As a batsman, he opened for India and scored 22 hundreds in exactly 300 innings (311 Matches).

Excluding a solitary match in 1992, Ganguly’s career started in 1996 and spanned for 11 years, in only 4 of which he did not score a century. In fact, all his 22 centuries came in a short period of 7 years. The year 2000 was the most productive one in which he scored 7 centuries. He scored 18 centuries out of 22 playing away. He had the most – 4 centuries – against Sri Lanka followed by 3 against Kenya, New Zealand, and Zimbabwe.

Sourav Ganguly made his highest score in ODI cricket – 183 runs – in a World Cup match in 1999 against Sri Lanka batting first. India won that match by 157 runs. In total, Ganguly has scored 4 centuries in 21 World Cup innings.

In a career spanning 17 years from 1999, Dilshan scored more than 10 thousand runs at an average of about 40 and a healthy strike rate of close to 87. Most of his centuries came against India and Bangladesh – 4 each – followed by 3 centuries against New Zealand. He had 9 centuries at home while 13 came in away or neutral conditions. In 25 innings in the ODI World Cups, Dilshan has had 4 centuries to his name.

Dilshan’s highest score is 161 not out against Bangladesh in the ICC ODI World Cup in 2015. However, his most memorable century came against India in 2009 at Rajkot while chasing a mammoth target of 415. Dilshan scored 160 in that chase and almost single-handedly led Sri Lanka close to the victory. However, after he fell, Sri Lanka lost the match by just 3 runs.