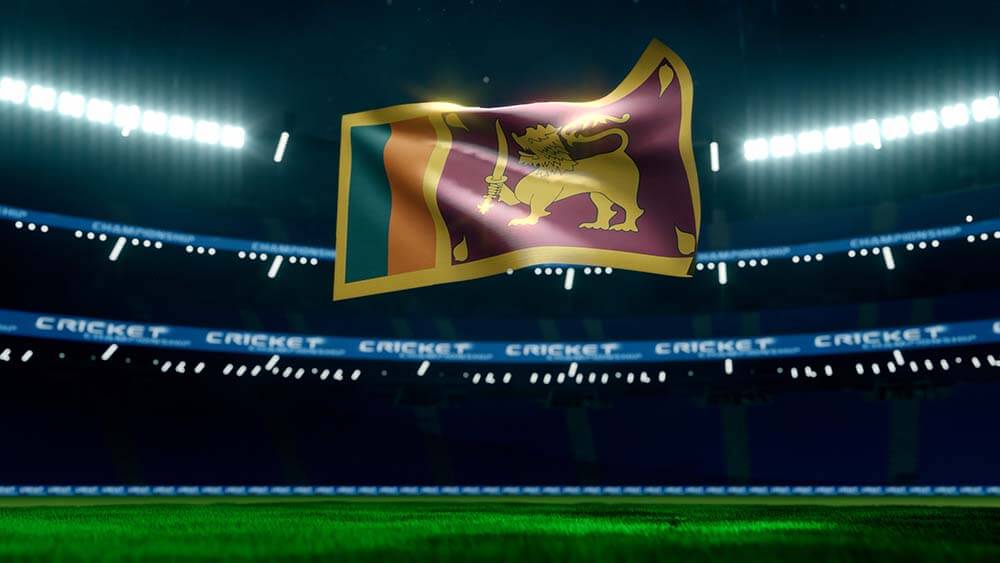 In this article, we preview the Lanka Premier League whose inaugural season is scheduled to begin on 26 November 2020 with five teams – Colombo Kings, Dambulla Vikings, Galle Gladiators, Jaffna Stallions and Kandy Tuskers – competing for the title. We discuss the composition of the squads, with a specific focus on the overseas players who will represent them.

Sri Lanka Cricket will be the last in the subcontinent to embrace the franchise T20 League culture with the Lanka Premier League (LPL) set to begin on 26 November 2020. However, the journey has not been smooth as the launch comes after years of stumbling over organisational and logistical hurdles. Originally set to launch on October 1, the LPL was postponed to October 9 and again to October 19 after a spike in COVID-19 cases in Sri Lanka. The problems were compounded by the late withdrawal of contracted players and the consequent difficulties with finding replacements. The league consists of five franchises: Colombo Kings, Dambulla Vikings, Galle Gladiators, Jaffna Stallions and Kandy Tuskers.

The five teams will play two matches against each of the others in a round-robin format. The top four teams will qualify for the playoffs which include two semifinals and a final. All the matches will be played at the Mahinda Rajapaksa International Cricket Stadium in Hambantota. The league matches that will end on 11 December will be followed by semifinals on 13 and 14 December. The final will take place on 16 December. 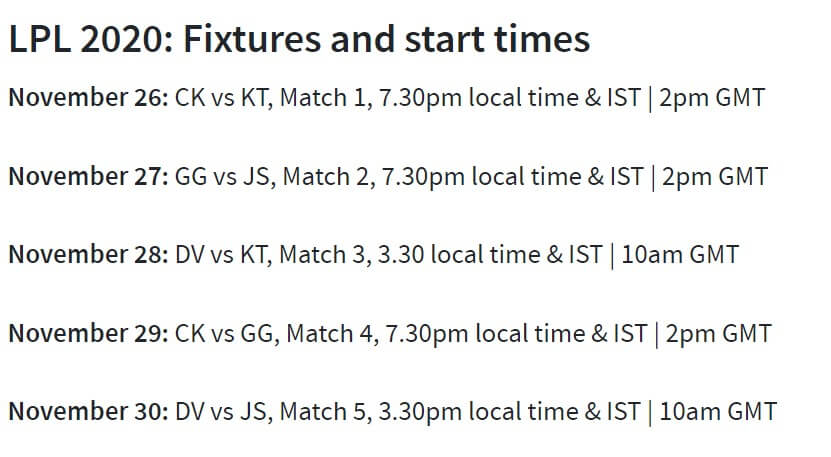 Colombo Kings will take on Kandy Tuskers in the opening game of the LPL on November 26.