How Does Cricket Scoring Work? 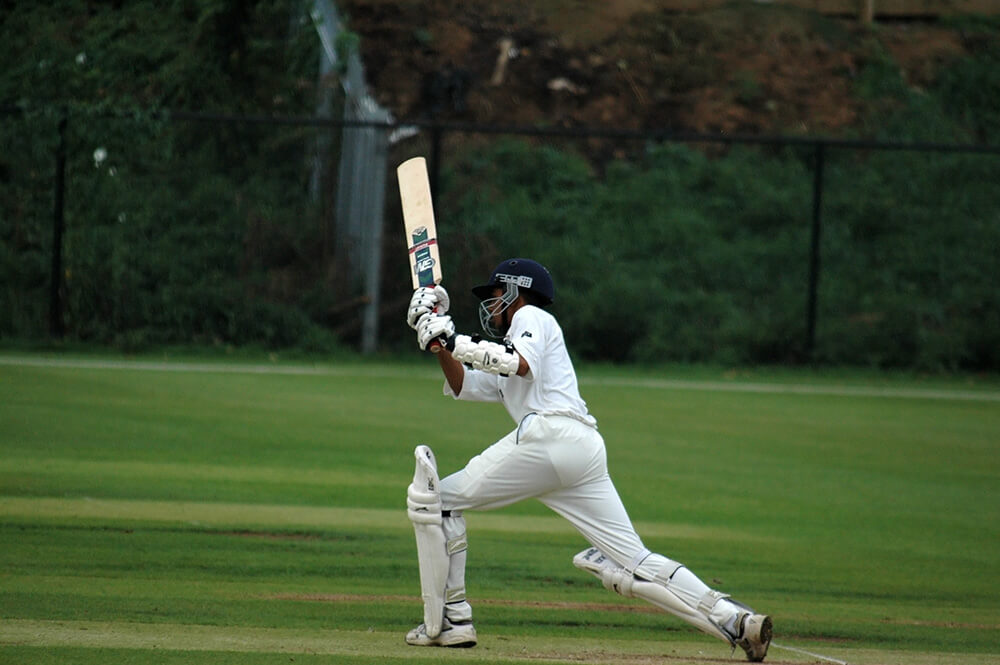 Cricket is a complex game and could be rather difficult to understand for the uninitiated. The game is regulated by 42 Laws drafted by the MCC (Marylebone Cricket Club). These laws allow the game to progress in terms of runs, wickets, extras, etc. Recording of these events in scorebooks, numerical or otherwise, is considered scoring. There are numerous ways every delivery can be reflected in a scorecard.

If you can understand the following text: “India 132 for 3 in 31.5 overs chasing 238”, congratulations! You know how to read a score. However, this is just a summary of what has happened in the game until now. In order to truly understand and enjoy the game of cricket, it is important to follow every little nuance of it.

It is a responsibility of a scorer (or a group of scorers taking turns) to record everything in a cricket match. It helps keep individual scores of players as well as team scores and, as a result, decide an outcome of the match. Needless to say, it is important to pay attention to all details of the cricket scoring process to understand how it really works.

What are the basic game units?

Cricket involves a lot of basic units which are used in further assessment of the results. There are plenty of them such as batting and bowling averages, strike rates, bowlers’ economy rates, centuries, dot-ball percentage, etc. These statistical units not only help separate great players from ordinary ones but also form the basis for the overall data analysis.

Out of many existing, several key units required for games’ evaluation could be picked out. Those are:

That’s it. These basic data points are quite enough to create a scorecard and calculate most of the cricketing statistics.

What’s a run and how are they scored?

In simple words, cricket means one team trying to score more runs than the other to win a match, regardless of the format. The sole responsibility of a batsman is to preserve the wicket while, at the same time, keeping the scoreboard moving by scoring runs. The team batting first can go on piling as many runs as possible, until they are all out, to set a target for the team batting next. The chasing team, on the other hand, can bat until the target is reached or until the opposing side gets them all out.

In general, there are many ways how a run can be scored in cricket.

A run is scored by running from one end of the wicket to another one when both batsmen cross the popping crease at the opposite end without getting run out. There is no limit to the number of runs scored this way off a single delivery, but generally singles and doubles are the most often ones with occasional threes.

There are certain rules a bowler has to follow in order to make a legal delivery. An umpire signals for an extra run if the bowler is found to be violating any of these rules. However, extra runs can be obtained even without bowlers’ mistakes. More on this later.

If a fielder tries to hit the stump with a throw to dismiss a batsman run out and misses, then the batsmen can go for additional runs by running between the wickets. The batsman can also get 4 runs if the ball hits the boundary rope. Needless to say, all these runs are added to the batsman’s account.

There could be overthrows on byes and leg byes as well. In such cases, the bye or leg bye count is increased.

A team can be penalised for numerous reasons such as unfair play, hostile conduct towards the opposing team or doing certain activities without umpire’s permission, to name a few. The penalty runs are always added to the team’s total instead of a player’s total.

What are the different types of wickets?

Generally, cricket is played with 11 players on each side. This number can change based on the tournament rules or an agreement made among both captains and umpires. The aim of the bowling side is simple: to get all wickets as early as possible. In an 11-a-side game that means taking all 10 wickets.

There are the following ways in which a batsman can get

Every time one of the above methods of dismissal takes place, a loss of a wicket recorded in the scorecard for the batting team. Only one wicket can be taken on one delivery. A batsman can get out in multiple ways on a single delivery, for example, lbw and bowled. However, in such cases, a dismissal of higher precedence (bowled in this case) is recorded in the scorecard.

Despite many ways of getting out a bowler is credited with a wicket only for bowled, lbw, caught, hit wicket, and stumped kinds of dismissal. In all these cases, no runs can be scored and it’s always the batsman on strike who is recorded out.

Runs can be scored on certain dismissals such as run out or retired hurt/out.

Certain dismissals do not even need the ball to be bowled. These are mankading, timed out and absent. In these dismissals, the batsman on strike is never out. At times, batsmen can retire in-between deliveries.

What are the types of Extras in Cricket?

Extra run is an important part of a cricket match and can sometimes turn the tide if happened at a crucial moment of the match. Moreover, it gives the batting team an opportunity to get some extra runs especially in case of a no-ball in terms of a free hit.

There are following types of Extras in cricket

A no-ball or a wide ball is considered a bowler’s mistake. There are many ways how a  no-ball can happen. A wide ball, in simple words, occurs when according to the umpire, the batsman cannot reach the ball to play a normal cricket shot.

A no-ball or wide ball prevents batsmen from certain types of dismissals and the batting team gets an extra run in addition to the runs scored in any other manner or penalty runs.

On a no-ball, the batsman cannot be given out bowled, lbw, caught, stumped or hit wicket. Additionally, as per the rules of the format or tournament, a free hit is granted to the batting side on the very next ball. The batsman can try to score a maximum without the fear of getting out on a free hit.

In case of a wide ball, the ball never touches the stumps, bat, or any part of the batsman, thus the batsman can never be given out bowled, caught, lbw or hit wicket. However, he can get stumped on a wide ball.

Both wide and no-balls are recorded in the runs conceded by the bowler.

A bye happens when the ball misses everything – the bat, batsman, stumps, even the fielders – and given the opportunity, batsmen run for extra runs. A leg bye happens when the ball misses the bat and hits any part of the batsman when he/she is trying to play the shot and then batsmen go for a run. Batsmen have to run for byes or leg byes to happen, unlike no-ball or wide ball. A boundary four can be scored in a bye or a leg bye.

Byes and leg byes are added only to the team’s total. They aren’t added to the batsman’s total neither are they recorded in the runs conceded by the bowlers.

The number of balls, faced or bowled, is important in order to figure out averages and strike rates of cricketers. Every ball faced by the batsman except for a wide ball is recorded in the balls-faced column of the batsman’s stats. One the other hand, every ball bowled by the bowler except for a no- or wide ball is recorded as one of the over. An over generally consists of six balls and until 6 valid balls are bowled, the over may continue indefinitely.

Cricket demands the same amount of attention from a scorer as is expected from an umpire. In an ongoing match, the two always consult each other, whether it is about runs or about reaffirming the balls remaining in the current over. Hopefully, this article has given you a better understanding of how scoring works in cricket and how wide is the range of parameters any scorer has to consider before putting a mark in the scorebook.