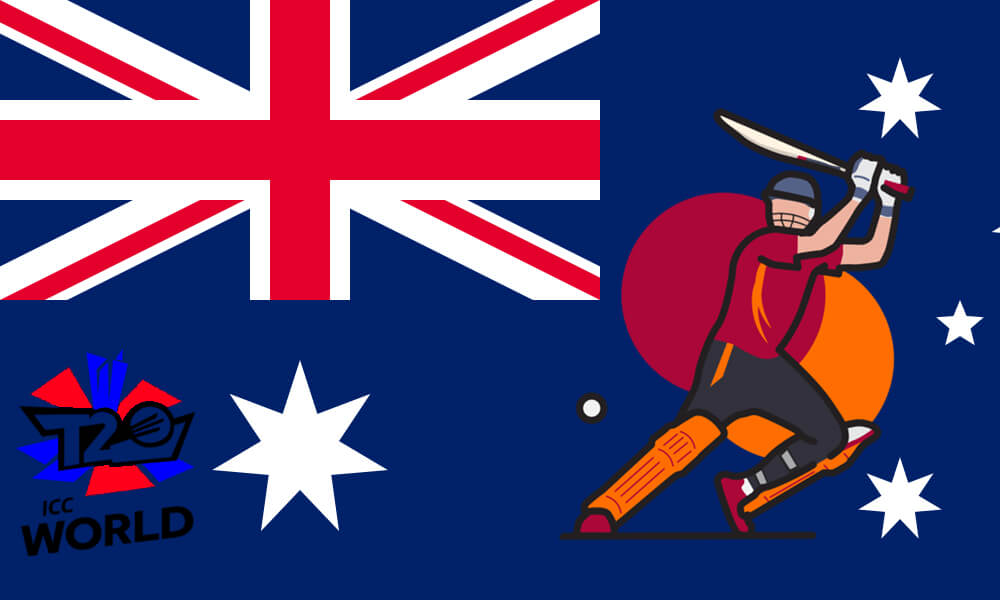 The indomitable Aussies – the winners in all formats of the game – have finally brought home their first T20 trophy. Coached by the brilliant Justin Langer, this is the side that turned the usual data schematics of T20 completely on its head. The team trusted the power of experienced and skilled talent to come to the rescue irrespective of the current form and ongoing format, and the results were evident.

The fact that Australia did not place blind faith in the inflexible current logic related to matchup play proved beneficial for them. The team, unlike others, depended on the prospects of some true magic. They did not work for the data – but rather it was the other way around. Thus, they proved that once more in cricket, there was actually no replacement for that rare match-winner who delivered when the team needed it the most.

As the Aussies came into the tournament, they simply refused to let go of the top stars in spite of the critics claiming indifferent touch, advancing age, or even both. In an immensely batsman-dependent side, the lack of good runs from Aaron Finch and Steve Smith did not even matter as the champions shone as bright as ever.

On that note, cric-life.com is here to take a closer look at the stalwarts behind the Aussie win against the Kiwis in the final and in the overall T20 Cricket World Cup 2021.

David Warner: Player of the Tournament

The world might have doubted his capability, but he certainly believed in himself. All the odds were truly against him – the long drought of runs and the constant criticism and scrutiny. To add to that, his IPL team dumped him first as a skipper and then as a player. In such a situation, the fact that Australia decided to go ahead with him was sheer genius.

Warner ended up with the second-highest number of runs in this T20 cricket tournament (right after Babar Azam from Pakistan), with 289 runs scored from 7 matches at a blazing strike rate of 146.70. His 53 runs from 38 balls were marked in history as the tallest chase in a T20 world cup final.

However, it is no miracle that Warner played so amazingly but rather proof of his ability as a batsman. Captain Finch said that he had long predicted Warner to be the man of the tournament as he had called up Langer and said exactly that before the tournament had even started.

David Warner is undoubtedly one of the greatest batsmen of all time. His fighting spirit shows up when his back is against the wall. The Sunrisers Hyderabad must be feeling pretty regretful right now!

Mitchell Marsh: The Man of the Final

Marsh has always been hailed as a player with a lot of promise. However, he has always been the one who is almost there but never reaches that line. This time, he finally crossed the threshold in the most crucial match.

He might have been the unlikely hero, but he was the most important one. With an unbeaten 77 runs off 50 balls, he hammered the Kiwi bowling out of the park. The most crucial thing is that he played the spinners like a fiddle – the one thing Australia is not known for.

His average of runs scored in the tournament was 61.66 and he achieved an outstanding strike rate of 146.82. Once again, the management never doubted him. Finch told us that six months ago, Marsh had been informed that he would go ahead and bat at number three. The results of this decision were mixed before they reached the T20 World Cup.

As a result, he was dropped from the team in the match against England. This was the much-needed push that stoked the fire in him. Finch emphasised that Marsha was a special player and the nicest person. After all, dealing with critics for the longest time in all formats, and still coming back stronger is the mark of the kind of person he is.

Zampa is the second-highest wicket-taker and with 13 wickets, he is right behind Hasaranga in the tournament. The smart leggie upped his spin technique and led the spin challenge of his team. His expert googly and fine craftsmanship made him own the middle overs.

The way he dismissed Guptill in the final was praiseworthy. Zampa took a wicket every 12 balls before talking about how he has always been underestimated. He said that even after this series and the next one, he would keep being underestimated but he had no problem with that because he thrived off that.

We no longer need to point out the distinct pattern that is emerging among the Aussies – Marsh, Warner, and Zampa were all trying to shut all those experts who wrote them off.

In a team that has such names as Pat Cummins, Tim Southee, and Trent Boult, calling Josh Hazlewood “the pacer” is saying something. Chennai Super Kings, his squad in the Indian Premier League, has truly helped him sharpen and perfect his craft. It was evident that he was ready to take on the challenges.

In the final match, his bowling in the powerplay was rated by Finch (3-0-11-1 at that time, along with Daryl Mitchell’s wicket), and that stopped the Kiwis at 32/1 – the turning point of the match. Without stopping at that, he took two more wickets in the match to become the fifth-highest wicket-taker in the entire T20 tournament.

And, of course, he was another player that had been largely written off for T20 barely four months before the tournament started.

We will call Stoinis the miracle maker. He was dropped right after the famous World Cup 2019. It stroked his dream to improve his capabilities as the finisher and one of the best ones in the world at that. Wade was another brilliant player who played each game like his last.

When they came together, it was complete mayhem. They stole the semifinal from Pakistan and ended the dream run of South Africa. The three successive sixes that Wade scored against Shaheen Afridi can easily be called the moment of the tournament. Like others, Wade said that loads of people had written them off, but internally they knew that they were going to be the first Aussie team to win the title.

Aaron Finch: The One Who Led from the Front

The fact that he was the team’s lucky mascot must have helped too. Given how the tournament was immensely dominated by winning the toss, Finch’s lucky stars shone as he won six tosses out of seven. He ensured that the team batted in the dew and chased most of the time.

However, Finch never denied that he got lucky with the toss. He told the press that he was trying to play it down as much as possible because he thought that he would lose at some point and the team was going to bat first.

Finch was all smiles talking about the luck factor in the T20s. And there is no denying that stars were all aligned in the Aussie way.