When Did Cricket Start? A Detailed History of the Game 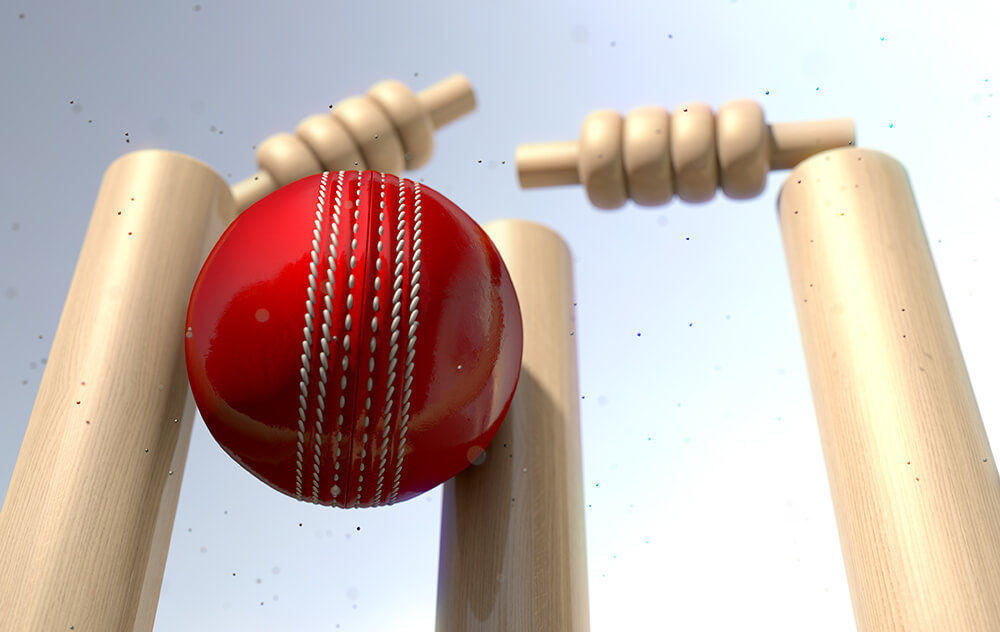 Having originated in England, cricket has become very popular in the subcontinent with India becoming the financial nerve centre of the sport. The game is played today by 12 main nations with Test status and numerous of others enjoying the sport as well. Cricket has a fascinating history that we will go back into and review in this article.

When and Where Did Cricket Originate?

Cricket has a rather vague and unclear history and the sport is believed to have originated during the late middle ages in England. In 1369, Edward III imposed a ban on a game that resembled cricket and was known as ‘plial baculorea’ meaning ‘club ball’. The king thought that the sport distracted his warriors from their main focus – war.

Derek Birley, author of the book ‘A Social History of English Cricket,’ thinks that the French brought the game to England during the Norman Invasion. Their sport was called ‘criquet’ and was a variation of the club ball game banned by Edward III.

Another word ‘creag’, a derivative of the word creaget, was recorded around 1300 AD with Prince Edward said to have played this game. However, there has been a lack of evidence proving that creag and criquet were the same. There are not many records of these games popular during the middle ages which means the exact origins of cricket cannot be found out.

How Did Cricket Start?

The first record of cricket was made in the 16th century when Guildford schoolboys played it. This fact was revealed in an Italian-English dictionary printed in 1598. By 1611, adults started playing the game. Two men were even prosecuted for not attending church and taking part in cricket instead. In 1628 again, and this time ten players were fined for playing the game instead of going to church.

As the aristocracy and working-class people started to embrace cricket, gambling became popular. The aristocrats assembled teams, put up purses for matches and betted on the outcomes. In 1696, a cricket match was organised in Sussex with 11 players a side with bets for 50 guineas apiece. In England’s southern counties, the game was increasing its popularity within the upper classes as well as rural workers.

In the early 1700s, composite teams were selected including people from different classes. The nobility were motivated by the purse to select the best available players. Therefore, they employed rural workers as ‘hands’ to play the game. North London became the sport’s cradle with matches held at White Conduit Field’s Islington area. Amenities were provided by the Angel Inn and the games had a ‘field keeper’ too.

Another place staking its claim as the birthplace of cricket is Hambledon in Hampshire where early club cricket matches were played and the sport started to develop into somewhat resembling what cricket is now.

The Hambledon players were immortalised by author John Nyren who depicted in detail the club’s spirit, its varied and rich life and class segregation. With the Industrial Revolution, cricket continued to grow in popularity across England with an early record of the game made in the 1750s in Yorkshire.

By 1744, there was the codification of cricket rules and they were revised in 1788 by the Marylebone Cricket Club (MCC). The regulations covered such aspects as ball weight, wicket size, pitch length and the length between creases.

As the British Empire began to grow, the nation’s army and navy spread the sport in the colonies with records of cricket being played in the 1700s in North America. In the 1800s, India and the West Indies became familiar with the sport. By 1788, the colonisation of Australia brought the game there and in the 19th century, New Zealand and South Africa got introduced to the sport.

In 1844, the first recorded international match was organised in New York between the US and Canada. In 1868, an aboriginal team from Australia toured England. In 1877, the first official Test match was played between England and Australia, initiating the sport’s oldest rivalry.

The Ashes saga began in 1882 after England had been defeated by Australia. A sports newspaper published a mocking obituary for England cricket and two ladies in Melbourne burnt a cricket bail, presenting an urn full of its ashes to the England skipper. Since then, the Ashes tournament has been taking place every couple of years with the two nations competing for the famous urn.

South Africa became a Test-playing nation in 1889. Cricket was part of the Olympics in 1900 and England won the gold medal defeating France. Today, T20 cricket has increased the chances of cricket being added to the Olympic Games’ program. In 1909, England, Australia and South Africa formed the Imperial Cricket Conference to manage the game, mainly from an England perspective.

India, New Zealand and the West Indies became Test-playing countries before World War II and Pakistan joined them afterward. By the end of the 20th century, Sri Lanka, Bangladesh and Zimbabwe started playing Tests. In 2017, Afghanistan and Ireland got permission to play Tests as well.

To help umpires make more accurate decisions, cricket authorities have introduced various technological tools. Features like ‘hawk eye’, ‘hot spots’ and ‘stump cams’ have been used in modern games. Cricket replays can identify umpiring errors the number of which has now been reduced with the use of advanced technology.

T20 cricket was introduced in the early 2000s in England and has become widely adopted worldwide attracting a new target market and audience to the game. This format became very popular in India after the nation had won the 2007 T20I World Cup.

The Indian Cricket Board started the Indian Premier League (IPL), an annual T20 competition, which has developed to be the richest league in the world. It has grown to become the second-biggest sports event in the world after the Olympics thanks to India’s huge population, the number of cricket fans and large advertising revenues. Other nations have followed suit, beginning their own T20 leagues. Let’s wait and see what kind of future awaits the sport. Will cricket continue to successfully develop worldwide or become a victim of overkill?