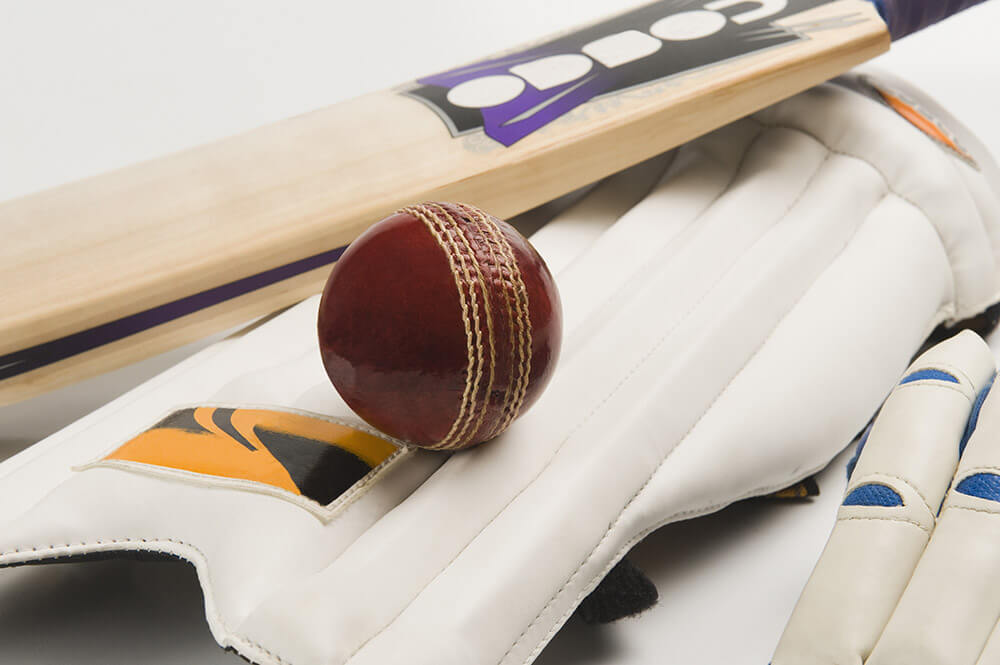 In the history of Test cricket, there have been numerous epic matches including a couple of tied games and plenty of tense draws. Some people love watching destructive bowling performances, while others like viewing batsmen ruling the roost. A fourth-innings run chase is always tricky because batting conditions are usually the most difficult at this stage of the game. In this article, we are going to review 10 glorious run chases that stand out in the history of Test cricket. We’ve placed them in no specific order.

Six of the 10 chases have taken place in the 21st century. Australia leads the pack with three of the highest chases followed by India and Sri Lanka with two each. Let’s take a closer look at each amazing effort.

The Windies lead the pack with the highest fourth-innings chase total of 418/7 against Australia in Antigua in 2003. Both Australia and the host scored 240 in the first essay. In the second innings, the Aussies piled 417 thanks to hundreds from openers Justin Langer and Matt Hayden. Mervyn Dillon picked up four scalps for the Windies.

The home team reached the target of 418 aided by impressive centuries from Shivnarine Chanderpaul and Ramnaresh Sarwan. Brian Lara contributed 60 and Omari Banks 47. They overcame the lethal Aussie pace attack of Glenn MacGrath, Jason Gillespie, and Brett Lee on that memorable day.

This chase of 414/4 can be considered more creditable because it happened while playing away on the pace-friendly Perth pitch. Australia won the toss, batted first and chalked up 375. The Proteas replied with 281. In the second essay, Australia racked up 319 to set up the chase of over 400.

South Africa batted splendidly on the last two days and aided by hundreds from AB de Villiers and Graeme Smith, reached the target with six wickets to spare. JP Duminy, Jacques Kallis and Hashim Amla contributed fifties to help the Proteas record a memorable win. For Australia, Mitchell Johnson toiled hard for 34.2 overs to get three wickets but it was not enough. De Villiers was named Player of the Match for his 63 and 106 not out.

India completed a successful chase of 387, losing just four wickets in that Test. England won the toss and batted first. They scored 316 thanks to a hundred from opener Andrew Strauss and fifties from Alastair Cook and Matt Prior. India were bundled out for just 241 with Andrew Flintoff and Monty Panesar claiming three scalps each.

Then, England cracked 311/9 declared helped by hundreds from Andrew Strauss and Paul Collingwood. Zaheer Khan and Ishant Sharma bagged three wickets each for India who were set 387 for victory. On the final day, they began at 131/1 after openers Virender Sehwag and Gautam Gambhir had cracked fifties.

Sachin Tendulkar and Yuvraj Singh batted brilliantly to help India reach the target. Tendulkar remained unbeaten on 103, while Yuvi clobbered 85 not out. They shared an unbroken 163-run partnership for the fifth wicket. Virender Sehwag was named Player of the Match for his belligerent 83 off 68 balls in the second essay which set the tone for the successful chase.

Sri Lanka successfully chased 391 in this game losing six wickets. Zimbabwe won the toss and opted to bat first. They piled 360 thanks to Craig Ervine’s 160. Lanka replied with 346 aided by fifties from Upul Tharanga (71) and Dinesh Chandimal (55).

In the second knock, Zimbabwe posted 377 helped by Sikander Raza’s 127. Rangana Herath bagged 6/133 to restrict the total. Lanka managed to chase 391 relatively comfortably thanks to the support from Kusal Mendis (66), Niroshan Dickwella (81) and Asela Gunaratne (80 not out). For Zimbabwe, Sean Williams and Graeme Cremer bowled more than 40 overs each but could not rout the Lankans. Asela Gunaratne was declared Man of the Match for his vital knocks of 45 and 80.

The Windies had a fearsome side in the 1970s which made India’s victory in Trinidad in 1976 all the more glorious. The home side won the toss and batted. They cracked 359 thanks to Viv Richards’s 177 and skipper Clive Lloyd’s 68. The Indians responded with 228 succumbing to Michael Holding’s 6/65.

In the second essay, the Windies scored 271/6 declared bolstered by Alvin Kallicharran’s 103 not out. The Indians thus needed 403 to win. Surprisingly, they easily reached the target, losing just four wickets. Opener Sunil Gavaskar led the way with 102 and he received good support from Mohinder Amarnath (85), Gundappa Viswanath (112) and Brijesh Patel (49). The Windies toiled in vain for 147 overs but India won the honours.

Pakistan chased 382 comfortably in this match losing just three wickets. They won the toss but opted to field. Lanka notched up 278 aided largely by opener Dimuth Karunaratne’s 130. Leggie Yasir Shah bagged a five-for for Pakistan. They replied with 215 helped by fifties from Azhar Ali and wicket-keeper Sarfaraz Ahmed. Dhammika Prasad, Nuwan Pradeep and Tharindu Kaushal bagged three scalps each for the home side.

In the second essay, the Lankans smashed 313 to set 381 for victory. Skipper Angelo Mathews contributed handsomely with 122. The Pakistanis attained the target quite easily backed by opener Shan Masood’s 125, Younis Khan’s 171 not out and skipper Misbah-ul-Haq’s 59 not out. The Lankans bowled 103.1 overs but could capture just three wickets. Younis Khan was declared Player of the Match for his splendid effort in the chase.

In this Test, Sri Lanka successfully chased 352, achieving a narrow win by just one wicket. The Proteas won the toss and batted first. They clobbered 361 aided by fifties from Ashwell Prince, AB de Villiers and Shaun Pollock. Muttiah Muralitharan claimed 5/128 for the home team. In reply, they cracked 321 bolstered by half-centuries from Chamara Kapugedera, Farveez Maharoof and Chaminda Vaas.

South Africa then scored 311 to set up the chase of 352. The Lankans were up to the challenge and eked out a narrow win. Opener Sanath Jayasuriya led the effort with 73 and received good backing from skipper Mahela Jayawardene (123). The last man in, Lasith Malinga, just about survived and helped Lanka to a famous victory.

In this Test, Australia chased 404, losing just three wickets. England won the toss and batted first. They amassed 496 aided by opener Cyril Washbrook’s 143, Bill Edrich’s 111 and Alec Bedser’s 79. Sam Loxton grabbed three wickets for the Aussies who replied with 458. Their innings was shored by Neil Harvey’s 112 and fifties from Keith Miller, Loxton and Ray Lindwall. For the home team, Bedser and Jim Laker snared three scalps each.

In the second knock, England scored 365/8 declared assisted by fifties from the first four batsmen who were Len Hutton, Washbrook, Edrich and Denis Compton. The Aussies had no problem reaching 404 as opener Arthur Morris (182) and skipper Don Bradman (173 not out) batted exceptionally well. They shared a 301-run second-wicket partnership to make the task easy.

In this Test, Australia comfortably chased 369, losing six wickets. The home team won the toss and elected to field. Pakistan put up 222 thanks mainly to opener Mohammad Wasim’s 91. Scott Muller and Shane Warne grabbed three wickets each for the Aussies who replied with 246 to grab a slender lead. Their essay was bolstered by opener Michael Slater’s 97 and no. 3 Justin Langer’s 59. For the visitors, Saqlain Mushtaq shone with 6/46.

In the second innings, Pakistan amassed 392 helped by Inzamam-ul-Haq’s 118 and fifties from Saeed Anwar and Ijaz Ahmed. Shane Warne again bowled well, snaring 5/110. The Aussies chased successfully thanks to Langer’s 127 and an aggressive 149 not out off 163 balls by wicket-keeper Adam Gilchrist. Langer was declared Player of the Match for his vital contributions of 59 and 127. With this victory, the Aussies went 2-0 up in the 3-match series.

Australia successfully chased 359 in this game with three wickets to spare. The home team won the toss and opted to bat. They raised 205 thanks to opener Gordon Greenidge’s 56 and Sew Shivnarine’s 53. Jeff Thomson and Wayne Clark grabbed four-fors each for the visitors who replied with 286 to take an 81-run lead. Opener Graeme Wood, skipper Bob Simpson and wicket-keeper Steve Rixon scored fifties for them.

The home side batted well in the second knock to pile 439 led by hundreds from opener Basil Williams and no. 5 Larry Gomes. In the chase, Graeme Wood again batted brilliantly, cracking 126. He was supported by 124 from no. 5 Craig Serjeant. Rixon contributed 39 not out and helped the visitors over the line with the assistance of Bruce Yardley (15 not out).